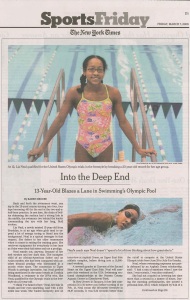 One of the things that distinguishes public relations from the other marketing disciplines is that it often uses third-party endorsements. In other words, rather than have the company tell you how great they and their products are, they have someone else do it – someone who seems more impartial and therefore more credible, which makes it a more powerful endorsement. And the news media – credible, independent journalists – are ideal for this.

Media relations refers to how a company deals with this influential audience, including journalists from the mainstream media, trade and business press, outlets that cover vertical markets, community newspapers, bloggers, etc. And while the focus tends to be on generating positive publicity, earned media coverage that uses these objective third-party experts to tell your story, effective media relations encompasses far more than that. However, while I will touch upon some of those other aspects towards the end of this page, my focus here is on press relations and media coverage, since that is what most client requests are about.

The Media Relations Hype
The reason that many firms tout their media relations expertise, and have established dedicated media relations departments, is because they can then charge you a premium for these services. That is how the agency business works.

There is some advantage to this, though, in that top media relations professionals will have established relationships with gatekeepers at some of the more high-profile and therefore more challenging media outlets, such as Good Morning America and the Today Show, because they are frequently pitching these outlets on behalf of clients across the entire agency. As a result, their familiarity with these outlets and the gatekeepers who control them certainly makes it easier to pitch them, but that doesn’t necessarily ensure success. Like all media opportunities, successful placement comes down to the perceived value of the story you are pitching – and, to some degree, on the timing. Which means, if you have a good story, and the timing is right for the outlet in question, any competent public relations professional should be able to successfully pitch them.

When I began my career, none of the agencies I worked for had media relations departments. As a result, we had to handle all the media relations ourselves, including the high-profile media pitches that these specialized departments typically handle these days. And I have enjoyed considerable success with media relations over the years, including landing my clients on shows like Good Morning America and the Today Show.

The Rolodex Follies
One mistake that many companies make is demanding public relations professionals who have “established contacts” with media relevant to their business. This makes sense, of course, and would be ideal. But it is hardly realistic.

For starters, unless the agency has recently supported one of the company’s competitors, it is unlikely that they have such a person on staff. And while the agency could go out and hire such an individual, why wouldn’t the company simply take their business to the agency where that person is working, where they already have a “well-connected” team in place?

The other reality that companies tend to overlook is that turnover among the media is often even greater than among the staff at public relations agencies. As a result, established connections tend to be short-lived, especially given the economic challenges and subsequent cutbacks most media outlets have had to face in the digital age.

What a company should look for is someone with a proven track record of generating positive media coverage for a variety of businesses. That demonstrates that they can establish and maintain those relationships as well as pitch reporters cold, without a relationship. Both are equally valuable skills. And any agency veteran worth their salt knows how to quickly get up to speed and immerse themselves in the nuances of a new industry. That is the lifeblood of working at an agency, especially for those – like me – who are eager to explore new industries and continually challenge themselves.

Proven Track Record
Thirty years ago, I got into the communications business to make a living as a writer. As such, I never set out to become a media relations expert. But when you do something often enough, for long enough, you eventually develop a degree of expertise. And I have a long track record of generating favorable earned media coverage in nearly every type of outlet imaginable. This includes top-tier print, broadcast, and online media targeting local, national, and international audiences.

And given how diverse my career has been, I have also pitched nearly every type of story imaginable, from no-brainer hits to sure-fire flops. And I have done so in nearly every circumstance imaginable. The key is to understand what is newsworthy, be able to quickly demonstrate its news value, and recognize how it could fit in and appeal to the audience of that particular news outlet. In many ways, it is like sales. And I have successfully sold a lot of stories over the years.

Media Relations in the Digital Age
In many ways, the jobs of public relations professionals have become easier with the rise of the internet and social media, while the jobs of journalists have become increasingly harder. And I have experienced this first hand, working both ends of the business.

I have written for and contributed to a variety of publications over the years, but launching and operating an online soccer magazine gave me in-depth insight into the challenges journalists face in the digital age, including what they are looking for in terms of stories and content. I discuss this experience in more detail on the websites page as well as the soccer page. In particular, though, I developed an acute understanding of the need – and urgency – for finding not only good stories, which has always been a challenge for journalists, but also for finding relevant and timely content to populate social media channels.

For example, having conducted many press conferences over the years, it was strange to find myself sitting on the other side of the podium with the reporters. It was stranger still to be live-Tweeting throughout the press conference while recording the actual presentation to review afterwards. But that is the new norm. In the digital age, the expectation is that news must be shared the moment it is made. And for far too many, immediacy is everything.

This requires reporters to develop a new set of skills, to constantly feed and engage with their social media channels, on top of doing all the work necessary for traditional journalism. And between that increased immediacy and demand, the traditional journalism – the follow-up research necessary to verify things as well as the analysis to put it into context – is often forced to take a back seat to the social media parroting of whatever has been said. As such, savvy communications professionals will recognize that, in addition to providing content for traditional journalism, they can also serve their clients well by providing useful and relevant content to help journalists populate their social media channels.

Case Studies & Testimonials
Often times I will work with a client’s customer, to have them tell the client’s story in the media and beyond (advertisements, direct mail, web content, etc.). This is commonly referred to as a case study or testimonial. And it can be more powerful than conventional media coverage because it is a customer making the endorsement, which typically carries even more credibility than an endorsement from a journalist.

Of course, the trade-off with influencers and celebrity spokespeople is that their endorsements are typically paid for, which lessens their credibility. However, in the digital age, the fact that these testimonials are purchased seems like less of a concern, especially among younger audiences.

Product Review & Loaner Programs
I have managed product review programs as well. Often referred to as product testing or loaner programs, these are most common when supporting tech clients, like AST Computers and Panasonic, where there is an expectation that products be made available for review. And it is worth noting that these programs have become a little more challenging to manage in the digital age because you can be bombarded with requests from bloggers, and it is often difficult to verify the true scope and value of their audience.

Pitching Thought Leadership
While press releases and media alerts are valuable tools in most media relations efforts, sometimes pitching a well-crafted article is a better solution. And, to help maintain awareness and a consistent buzz, it is also helpful to pitch your clients as spokespeople on specific topics.

As I discuss in greater detail on my thought leadership page, I have enjoyed a good deal of success in writing, pitching, and placing bylines, Op-Eds,  technical articles, white papers, and other types of articles (including the aforementioned case studies) on behalf of my clients. And I have had similar success in pitching client spokespeople to the media, positioning them as industry experts and valuable resources on a variety of topics.

Media Training
Before I offer up any client spokespeople to the media, I first provide them with varying degrees of media training. The depth and breadth of that training depends on the experience of the spokesperson as well as the nature and demands of the media outlet in question.

For example, if I am dealing with a seasoned CEO who is speaking to a trade journalist who has interviewed them on multiple occasions before, I tend to feel rather confident in their ability. But when I am dealing with unknown entities – first-time spokespeople or publications that may not be that familiar with the industry let alone my client’s company – I prefer to be far more prepared, often including mock interviews in which the client has a chance to rehearse everything from the basic elevator speech to answers to any potentially delicate and difficult questions that might arise.

However, when it comes to putting someone on camera for an interview, or even as a talking head, I recommend farming that sort of media training out to a third party who can work with them on everything from personal style (hair, makeup, wardrobe, etc.) to on-camera etiquette and mannerisms. I can prep the spokesperson to effectively answer the most challenging questions and plug key messages into the shortest of sound bites, but a lot of on-camera appearance and behavior is such an intricate art form that I would rather bring in an outside expert than have a client come off looking like Nixon in his infamous TV debate with Kennedy.